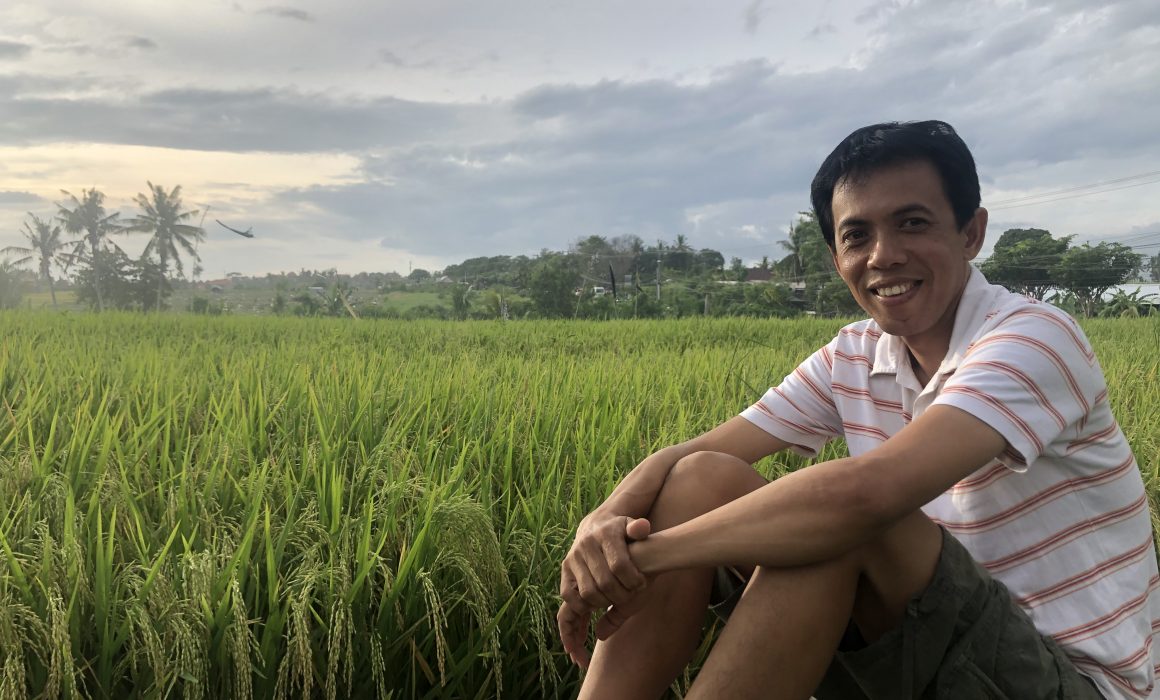 Ernest Hemingway once wrote, “Any man’s life, told truly, is a novel…” We are thrilled to publish a personal story from the heart. A journey of being gay in Indonesia, from Everything To Sea’s Support Specialist, Ron.

What’s it like to be gay here? For a lot of people who have never been to Indonesia and only hear news from the internet, this sounds like not a good place to live for gay people. Although a single province at the northwest tip of the country called Aceh practices Sharia law, and some gay accommodations were recently closed by a local authority in Bali, things are not as bad as they sound in the media. In fact, Indonesia in general is a gay-friendly country – and the island of Bali is more so.

Thinking about my life as an Indonesian gay man living in Bali, I feel like I have more freedom to express my gay side, compared to others who live outside the island. I can go to gay bars, and I can openly socialize with gay friends. Although I’m not completely out – some people whom I work with know that I am gay, some don’t – I feel like I don’t have to announce it to everybody. There was a time I wasn’t comfortable to say that I’m gay – even to myself. Now I know who I am, but the journey has been a long road.

Looking back at the time when I first discovered myself as a gay man, I was about 20 years old, and had just graduated from university. It was a true revelation. Being born and raised in a rural area in East Java, I was taught to be subtle, humble and respectful to others. We were not supposed to talk about sex or sexual desires. Now, I have always been polite, curious and striving for the best. These values were strictly taught to me by my father, while my mother was more relaxed, and gave me greater space to make my own decisions. As a high school student, I was attracted to a girl, and fell in love with her – but I knew in the back of my mind that I was actually excited by the thought of being with men. Driven by a big curiosity over several months, I telephoned a prominent gay professor in the town of Surabaya. He invited me to a bi-monthly gathering for gay men. It was quite nerve-wracking as it was my first time, but the LGBT people there were very friendly, and welcomed me with wide-open arms.

I didn’t fully embrace myself as a gay man until I met my first boyfriend, a very intelligent gentleman from the USA, who taught me to think and question. In this way, my brain was stimulated.  It wasn’t an easy process, because questioning is against Indonesian cultural values. We had a lot of conflicts in the beginning over small issues, but somehow we made it through. We traveled together in Indonesia, taking trains and airplanes. It didn’t bother us what people thought – even when we’d check into accommodations and request a king size bed.  I remember there was a time when we traveled by train, and were near a group of younger Indonesians in their thirties. From the way they looked at us, the men and women smiled. They seemed to know we were a gay couple, and I felt very comfortable.

And yet being gay in Indonesia, there are still challenges that I currently face. When they surface, they are from family – and society in general. The family issue is that I would be happy to come out as a gay man, yet I’m not sure how my mother, brother and sister would handle it. I’m sure they would accept me and embrace me, but what I fear is ultimately how sad they would be. Their idea is that it’s not good to be gay, as it’s against their religion: for them, being gay is seen as an unnatural choice against God, and ultimately a sin. Surely there would be a period of shock. And then there’s the cultural thing: my mother would later share the news with those around her. Although neighbors wouldn’t hate her or hate the rest of my family, they’d certainly talk about us amongst themselves. And I’m not sure my mother would be able to handle the ensuing pressure.

I guess the policy “don’t ask / don’t tell” works very well here. Also, Indonesians – straight or gay – don’t display affection in public. So although I say I have more freedom living in Bali instead of Java or any other Indonesian islands, there are still cultural challenges that exist throughout the nation. Indonesians in general still have negative attitudes towards the literal gay sex act.  So although we still don’t have gay marriage, the younger generation here is defintiely more accepting towards the LGBT population. In the end, I sincerely hope time will be the agent for change.

By Ron Roeslan, Support Specialist, Everything To Sea