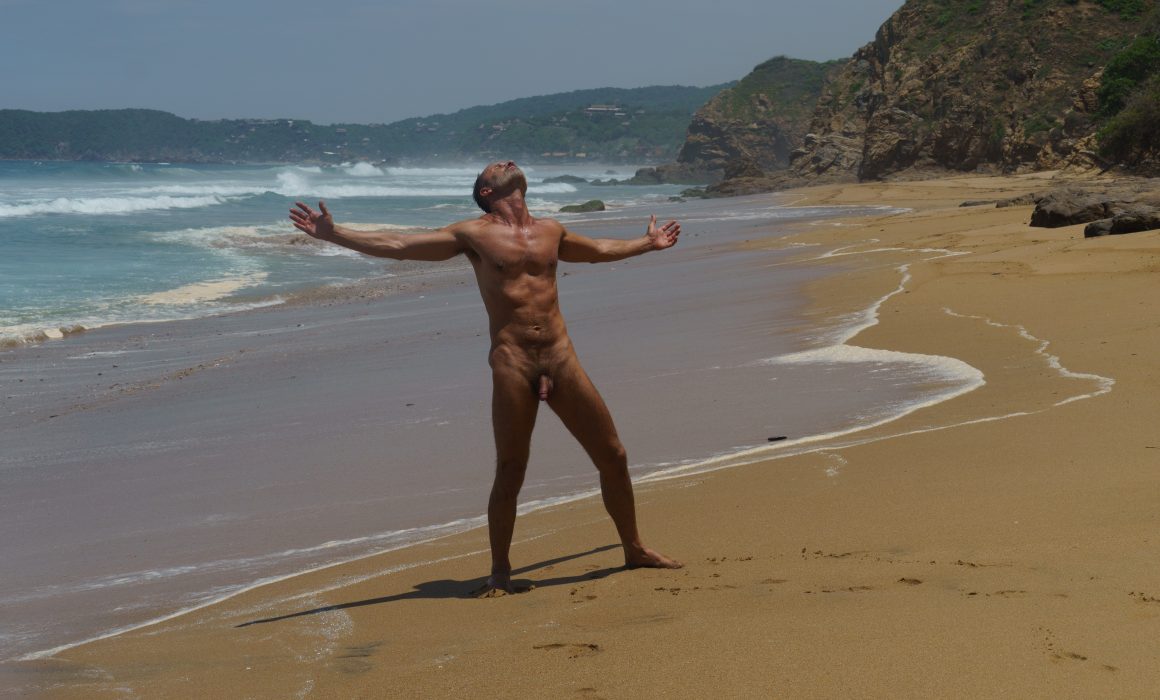 In this blog post, Everything To Sea’s Eddie Rahadian talked with Patrick Emmanuel, the founder of MaleBodyPoetry.net, in which he rejoices both male nudity and the beauty of nature.  Check out our Q&A with the Hilderbeg-based guy below.

Can you tell us more about yourself? Where did you grow up? Perhaps tell us about your childhood?

I was born in Chicago as the son of a Swiss father and an Austrian mother. When I was three, I came to Germany, to Heidelberg. My father was a father at university, so he was called there. I grew up in Germany, so I feel more or less like a German.

My childhood was kind of Christian, and also I developed a strong personal relationship with God. Which then led to the fact that I gave my life to God. Through this, I started to do a spiritual ministry for several decades, which means 25 years, with like-minded people, who, like me, were thinking in a very anti-institutional way. In a way, it was different from the usual Christian setting; but at the same time, many of the teachings were very conservative and classical, such as the rejection of homosexuality, so I didn’t live my homosexuality until I was 47. I was still a virgin.

When did you realize that you wanted to do what you’re doing right now?

Maybe I should separate that into parts. The first part was when I was kicked out of this spiritual ministry. I then started the journey to find myself, looking for conversion therapy and finally ending up with the gay community and embracing my sexuality. This was the first part.

The third part was what I could refer to when you say, “What am I doing right now?”. When you refer to my photographic work… it was through several very deep psychedelic trips that I realized that I don’t want to do anything that is not totally myself. I’m also no longer taking into consideration whether people think this is appropriate or not appropriate because it is just myself. I always like to be naked in nature. I always like to take pictures. And nude pictures, I already did that when I was 17. But of course, I wouldn’t allow myself to publish anything like that or even show it to somebody. It was only through these deep inner experiences that I broke through to do it. And I realized that people would not diminish their appreciation of me; it’s the opposite. They liked people who honestly and authentically live who they are.

Tell us more about Body Poetry…

When I started to do my photography, I soon realized that what I was interested in was to display the beauty of the male body and the surrounding reality, most of the time in nature. These two kinds coming together, I believe, speaks about something beyond the visible. Because where does beauty come from? It shows a reality or a harmony that’s beyond. This is my real interest in naked pictures.

For many people, including myself for many years, nudity and also sexuality is considered dirty, something to be hidden. It was so important in my coming out process to realize that in reality, [sexuality] is something wonderful, something to have a positive attitude about, something I can celebrate. This is the reason why I also like to put nudity or even eroticism sometimes into a holy context, where everybody knows that this cannot be profane or vulgar because if it was, it would be total blasphemy.

Recently, I took pictures at a cemetery like this. I think it’s a message in itself. About the name, when I started to do it, I had a friend who is a poet and said, “This is like poetry.” So then I was thinking of a name like Body Poetry. It already existed on the internet, so I took Male Body Poetry as I am clearly focusing on the male form. This is how it was created.

I just realized that at a certain point that I did have the desire to share these pictures, because I consider them as art. So when it was about sharing on the internet, I simply wanted the pictures to be traced back to me, that it was clear where they came from, because everything on the Internet is shared around. So I needed a name and this is how Male Body Poetry was created.

Can you tell us what you think about body positivity in men?

Many of us have gone through difficult situations during childhood, situations that made it difficult for us to perceive ourselves as precious, extraordinary, beautiful, wonderful. This rejection goes to our body, our soul, our spirit… our entire being. I focus on the body because it is an essential part of our personality. For me, body, soul, and spirit are integrated. Welcoming my body is an essential part of becoming my own person. Most of the time, the body is the most difficult to celebrate. When I came to the point of rejoicing my own body and really developing it into what I wanted it to be, instead of feeling victimized by the body that I had, that gave me enormous energy to welcome and celebrate myself. It has become something very important to me that we do not only accept ourselves on a psychological level but also on a physical level. And that includes our sexuality.

Will you feature other men in your platform?

Currently, I’m only posing pictures of myself. One reason is that I’m most available as a model because I’m always with me. Secondly, it has become something very important to me to see my own beauty, so it’s also kind of therapeutic. Through my body, I can express what I want to say because behind my photography, there is a message. This message is hidden in pictures that are explicit and expressed most freely through my own person.

About the body types, I also think it is very important that we accept that we have preferences and that it’s fine to have preferences. We don’t need to be welcoming of everybody, or to prove to be welcoming of everybody, why we have these preferences. Personally, I like the supple and young type. That’s just a fact. It took me a while till I realized that my preference is a part of me and that it’s fine. Which does not mean other persons are not as welcome or beautiful or loved, or that I’m unable to love them. But when it comes to photography, it’s my photographic eye, my artistic eye. What I perceive as particularly beautiful is what I want to display. I don’t insist on taking pictures of all body types for the sake of non-discrimination.

Are you aware of the types of body shaming among men, especially gay men, on dating apps? What’s your view on this?

I’m currently preparing to facilitate workshops for gay men, which particularly target the relationship that we, as gay men, have men with our bodies. I realize that sacred, loving touch—I want to say sacred because it has a deeper meaning than just a quick sexual encounter—is where a lot of healing can take place.

In the gay scene, we have a lot of competition where we have to prove that we are the most beautiful, and this is very stressful. And it comes from the feeling of not being sufficient. So for me, I have a big desire to communicate to other men that they are loved the way they are. And that the deepest way to communicate this feeling to ourselves, our whole person, is not through words but, according to my appreciate, through touch, energetic touch. Energetic touch that has a meaning behind it. Because our body isn’t just an outer shell. It’s a frequency field. When we use this frequency field in our touch, then we can communicate a lot of healing into somebody [that stems] from body shaming.