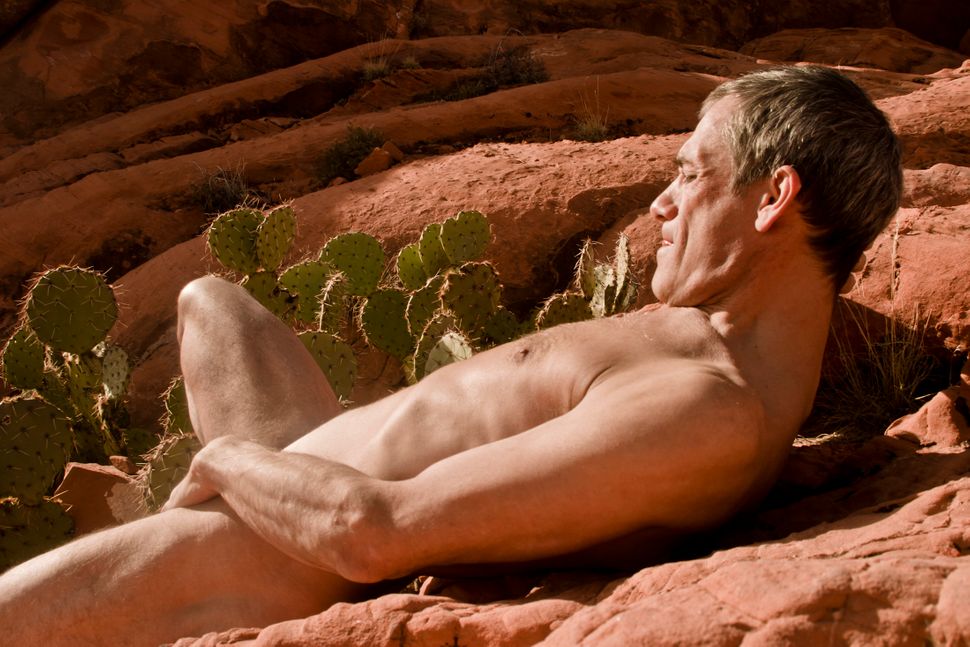 The start of summer has begun in the northern hemisphere. That means a high sun angle – and that could mean a good thing for those of us baring it all in the sun. It is not good to catch a burn, of course, but according to Logan Christopher who runs the website LegendaryStrength, the sunshine on our balls is good for us.

Among Christopher’s research, he found that Vitamin D is critically important for your health.  He writes:

In fact, Vitamin D is not so much a vitamin, but a hormone precursor.  And you get vitamin D from the sun. What most people don’t know is that’s not ALL you get from the sun. Other things are formed, too.

That’s why, if you can, getting sun is more important than just supplementing with Vitamin D.  What people may not realize is that where you get that sun might matter.

And specifically, I’m talking about getting sun “where the sun don’t shine.”  Your testicles and even the scrotal skin is important for hormone production.  The testicles produce 95% of the testosterone in the male body, yet they don’t get any respect. You couldn’t possibly want to get direct Vitamin D formation there, could you? (Of course, don’t overdo it. I couldn’t think of a worse place for a bad sunburn!)

A study at Boston State Hospital showed that people exposed to UV light on their chest and back saw an increase of 120% in testosterone. That’s pretty good.  But when the genitals were exposed to the same light, testosterone production increased 200%!

As mentioned this may be because D is not really a vitamin, but a hormone precursor. So it makes sense. As the testicles are where 95% of testosterone is produced, if you can localize your skin’s formation of it, you can see a direct increase.

So after hearing about this in my studies, like a good student, I had to give it a try. There are other people that live around me, so it’s not the easiest thing to pull off. But I had to try. Sitting in my yard one day, I pulled my pants down slightly and let the sunshine.

What I saw next surprised the hell out of me. My balls appeared to move of their own accord. I watched in awe for a couple of minutes, as they basically squirmed around. I have NO clue about why this was, but the sunshine certainly seemed to be activating something!

In summary, I can confidently say a few more things: